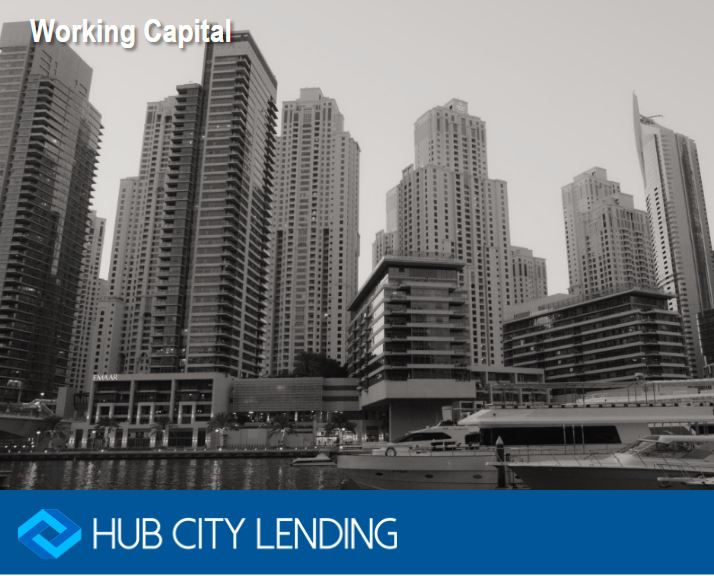 What is Working Capital Loan in Texas?

The working capital loan in Texas is a loan that is availed in order to finance the company’s day-to-day operations. The working capital cycle, often called the cash conversion cycle, is the rate of time it takes to convert net current assets and liabilities into cash. The longer this cycle continues, the more money a company invests in its working capital without producing a profit.

Companies try to shorten their working capital cycle by collecting collections faster and stretching out accounts payable. When unplanned increases in demand exceed inventories or when a cash shortage inhibits the company’s capacity to buy trade or production inputs, limiting working capital may have a negative impact on the company’s ability to achieve profitability.

How does Working Capital work in Texas?

For example, during particular times of the year, such as the holiday season, retail enterprises often see a surge in client sales. With the surge in client sales, retailers will require more working capital to pay for the extra merchandise and staff that will be required during the peak season. As a result, a retailer’s expenses in the off-season are likely to be higher than revenues in the run-up to the holidays.

When sales are down during the off-season, however, the corporation must still pay for typical employment despite the lower sales revenue. Working capital enables firms and business owners to fill revenue gaps when sales are poor at certain times of the year.

Lending institutions, such as banks frequently grants business access to loans by providing a working capital credit line, which helps established businesses with collaterals to access funds during off-peak seasons when cash is scarce. As a result, firm leaders and banks that lend to business customers keep a tight eye on working capital. It’s vital to know the precise items that can lead to increases or declines in working capital in order to comprehend a company’s working capital demands.

The types of working capital depend on the concept. For the most part, Working Capital can be classified as follows:

The quantity of fixed working capital required by a business is determined by its size and growth. For example, a firm’s minimum cash or stock is required to carry out its business’s operating activities. Permanent working capital can now be further separated into two groups:

Regular working capital is the smallest amount of money that a company needs to fund its day-to-day operations. Payment of salaries and wages, as well as overhead charges for the processing of raw materials, are examples.

Variable working capital can be characterized as working capital invested in a business for a limited period of time. As a result, it’s also known as changing working capital. The amount of capital required varies according to the size of the company and the value of its assets.

Gross Working Capital by itself does not provide a clear picture of short-term financial stability. It also doesn’t show off the company’s operating efficiency. To acquire a better picture of a business’s operational efficiency, compare current assets to current liabilities. That is, how well a company manages its short-term assets to fulfill its day-to-day financial needs.

The amount of working capital in a company is a measure of its liquidity, operational efficiency, and short-term financial stability. Businesses with sufficient working capital are more likely to invest and expand.

Businesses with insufficient operating capital, on the other hand, are more likely to fail. This is due to their failure to meet short-term responsibilities, making it harder for them to expand.

Working capital assets and liabilities have four accounts under them that are very important. These accounts indicate the business sectors where managers have the most direct influence:

Because it represents a short-term claim on current assets and is typically secured by long-term assets, the current element of debt (payable within 12 months) is critical. Bank loans and lines of credit are two common types of short-term debt from commercial lenders.

A rise in net working capital shows that the company has either raised current assets (receivables or other current assets) or decreased current obligations (giving off monthly payments to some short-term creditors, for example), or a mix of both.

How to Calculate Working Capital Ratio

The current ratio (working capital ratio) and a similar statistic, the quick ratio, are used by analysts and lenders to assess a company’s liquidity and capacity to satisfy short-term obligations.

These two ratios can also be used to compare a company’s current performance to previous quarters and to other companies, which is beneficial to commercial lenders and investors.

The fast ratio differs from the current ratio in that it only includes the company’s most liquid assets — those that can be converted into cash rapidly. Cash and equivalents, marketable securities, and accounts receivable are the three types of assets. The current ratio, on the other hand, takes into account all current assets, even those that are difficult to convert into cash, such as inventory.

As a result, the fast ratio can be a more accurate reflection of a company’s ability to obtain business money or funds rapidly when necessary.

Negative working capital, on the other hand, occurs when a company’s current assets are insufficient to satisfy its short-term financial obligations. A business with negative working capital may have problems paying suppliers and creditors, as well as seeking funding to expand. If the situation does not improve, it may be compelled to shut down.

What are the benefits of Working Capital funding?

The benefits of working capital funding are the following. First, working capital might help to smooth out income volatility. Many firms face sales seasonality, with some months selling more than others, for example. A corporation with sufficient working capital can make additional purchases from suppliers to prepare for busy months while still meeting its financial obligations during periods of lower revenue.

Second, a business, for example, may produce 70% of its income in November and December, but it must meet expenses like rent and salaries throughout the year. The business can guarantee it has the finances to stock up on supplies before November and hire temps for the busy season while planning how many permanent employees it can support by evaluating its working capital needs and maintaining an acceptable buffer.

What is a good working capital ratio?

In general, a ratio of less than one can suggest potential liquidity issues, whilst a ratio of 1.2 to 2 is regarded as desirable. If the ratio is too high (i.e. greater than 2), it may indicate that the company is hoarding too much cash rather than reinvesting it to fuel growth.

There are six ways to increase working capital for companies. If a company has to cover project-related expenses or has a temporary reduction in revenues, it may want to enhance its working capital. Adding to current assets or lowering current liabilities are two strategies for closing the gap.

How to Apply for Working Capital financing?

Lenders will look at the borrower’s personal financial accounts, credit scores, and tax returns because small company owners’ business and personal affairs are often connected. A personal guarantee of repayment will be required for the working capital financing application.

Although a variety of factors can influence the size of your working capital line of credit, a general rule of thumb is that it should not exceed 10 percent for businesses.

What is the most important component of working capital?

Cash and Cash Equivalents: Cash and cash equivalents are one of the most critical working capital components that all firms must manage. Cash management aids in identifying the ideal liquid asset balance for a company.

Are salaries included in working capital?

If a company’s current asset-to-liability ratio is less than one, it has a negative net worth. A positive NWC suggests that a business can fund its current operations while also investing in future activities and expansion.

It’s not always a good thing to have a high NWC. It could signal that the company has too much inventory or isn’t putting its extra revenue to good use.